The Pembroke Pines Police Traffic Unit oversees the enforcement of traffic laws throughout the city, and the investigation of traffic collisions and traffic-related crimes. The Traffic Unit functions include:

The Traffic Unit participates in several special traffic operations including:

In addition to the standard equipment found in most Pembroke Pines police vehicles, members of the Traffic Unit are equipped with a number of items specific to their duties: 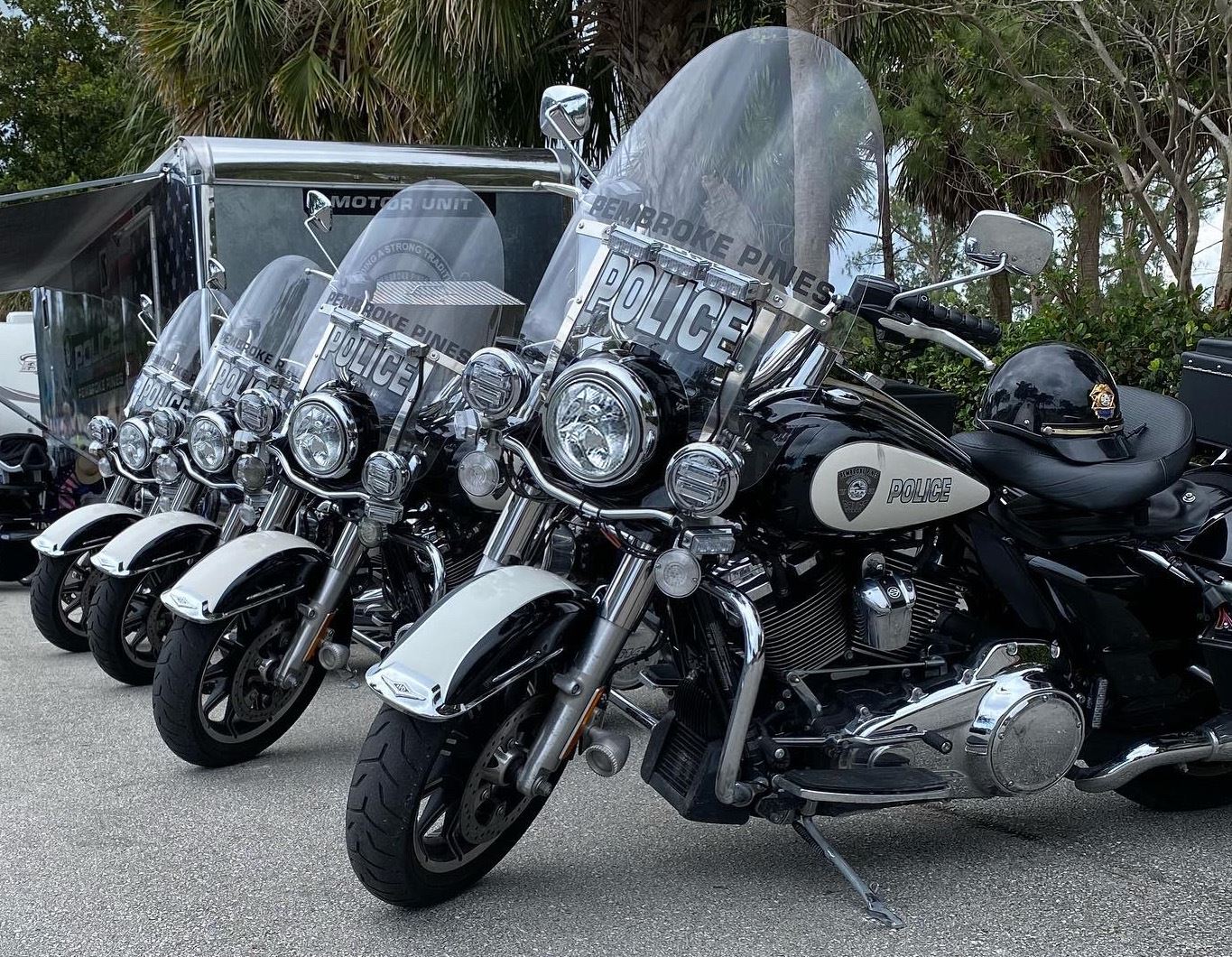 The Pembroke Pines “Speed Monitoring Awareness Radar Trailer” (SMART) assists our officers in promoting speed limit compliance within neighborhoods, school zones, construction sites, and on at-risk roadways. SMART is a portable, self-contained speed display unit that can be towed from site to site, as needed. The trailer captures data relative to the number of cars compared to the length of time, the number of cars compared to the average / highest / lowest speed, and captures many more statistics gained from the motoring public.