A true native South Floridian, Commissioner Iris A. Siple was born, raised and educated in Hollywood, Florida. Her career as a business owner in the hospitality industry in the Hollywood and Pembroke Pines area, which also included being owner/operator of the well known Pines' eatery Mayday's Restaurant for most of the 1990s, has allowed her to experience first-hand the needs and challenges facing businesses and residents today.

Commissioner Siple has served five terms on the Pembroke Pines City Commission, having first been elected in 2004, and then re-elected unopposed in 2007. She was elected to her third term in 2012, her fourth term in 2016 and fifth term in 2020, and has served as Vice Mayor four times while on the Commission.

“We have a common thread that unites the residents which is the desire to keep Pembroke Pines a beautiful City that offers the optimum of dependable community services,” said Commissioner Siple. “Together we can all make a difference in maintaining an excellent quality of life, and thriving in this diverse community of many nationalities, races, ages and faiths.”

Commissioner Siple has served on numerous City and County boards, including having been a Board Member of the YMCA of Broward County, the City of Pembroke Pines Board of Adjustment, Executive Board Member of Minority Development & Empowerment, Inc., and is currently very active as a Board Member on the Florida League of Cities, and Broward League of Cities with various committees.  She was instrumental in creating the Raising Positive Children Forums.  www.ppines.com/RaisingPositiveChldren

In addition to being on the Commission, Commissioner Siple was Chief Administrator to the Broward County Clerk of the Court for the 17th Judicial Circuit where she was responsible for making business, construction, purchasing and employment decisions for the day-to-day operations of the Clerk’s Office.


A resident of Pembroke Pines, Commissioner Siple is married and has five children and 11 grandchildren. 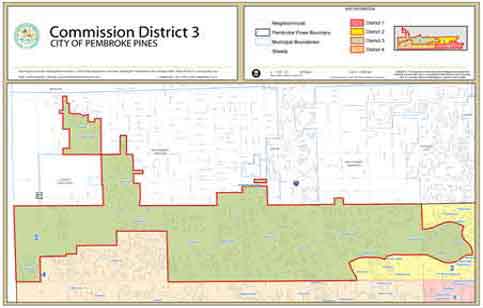